Well, I got a few things done. Tuesday they turned into yummy blackcurrant cordial- it should keep a couple of months, but I doubt we'll have it that long. 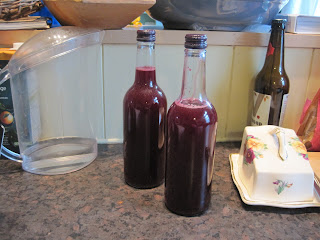 Tuesday was also the Tooth Fairy's first visit- Big one was very excited.
Wednesday we had a good picking of strawberries, so Thursday  Little One helped me make strawberry sauce before nursery (I was too impatient to boil it that bit more to make it set into jam, and its disappearing even quicker than the cordial!). 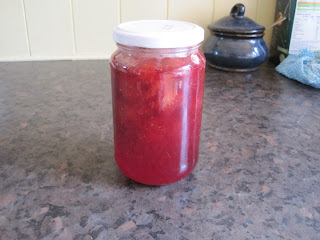 Just the perfect amount for 1 jar.

Oh and Friday. I didn't get the rest of the blackcurrants picked nor made jam.
But we did keep very busy- bump has gone and here's Little Man.
9 lb 6 oz, so not so little, and in the end arrived very quickly. I've been consistent with all labours getting midwives to think I'm not as far along as I am- DH was preparing the girls for it taking much longer, so nearly missed the birth. 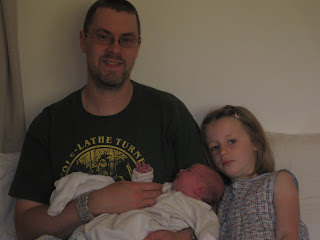 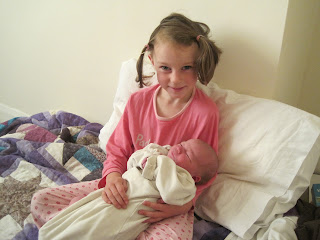 ﻿Little One loves being a big sister (whispers) she was the first big sister to cuddle him- she gets up so early Big One was still sleeping!﻿