Today Big One fancied making some pasta. She remembered we had a pasta machine lurking in the back of a cupboard ( a lovely wedding present I'm so glad we have, and kitchen space to use it). Its been stored for a couple of years, but carefully wrapped in clingfilm so it was ready to go today.
A Christmas present of River Cottage Family Cookbook was put into use, the pictures in it convincing Big One what she was interested in, and off she went. She decided the quantities, did the weighing, egg cracking (something she's been reluctant to do until recently) mixing, kneading, setting timer for resting the dough, lots and lots of handle turning for rolling it out, and spreading it out while the next batch was rolled. This worked really well for letting me finish off the sewing needed for my Onbag sewing nightmare (more later on that). 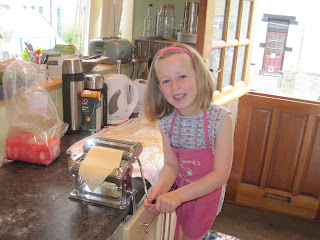 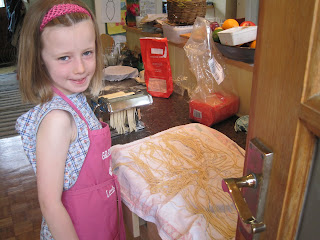 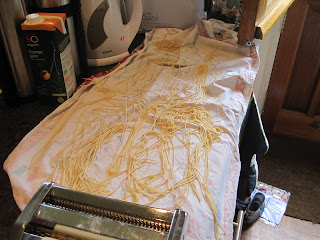 Big One even did the washing up and clearing up while the dough rested,and had boiled the kettle so I didn't mind dealing with the hot water and cooking the pasta. Apparently it tastes quite good raw, but I did persuade her to cook most of it!
One big bowlful which I was allowed to have a little of. 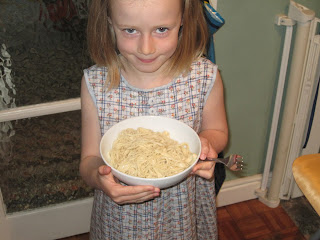 So, my personal project this week has been sewing my Onbag. This is a bag aimed for parents who use baby slings, so I hope it'll be handy once bump lands. The shoulder straps tie together, and the bag has loops on it so it can be worn as a rucksack too, so its really quite flexible. A recent post shows me having a practice with a bedsheet, so this week was making my proper one. I got the fabric a few weeks ago, and started cutting out and sewing on Monday while everyone was out at gymnastics and forest school. Thankfully our forest school site escaped the floods in Hebden Bridge on Friday.
I had a bit of a crisis with my bag though. The corduroy I chose as one of my fabrics is quite thick- so thick that the rolled hems in the pattern don't fit through my sewing machine, sob. Tuesday evening I really discovered the problem, and I was having a bit of a panic about it Wednesday. I did find some thicker needles which helped a tiny bit, but mostly I've been feeding it carefully through my machine and only using the handcrank (and still snagging and breaking needles, etc). I have learned that I will not try this again!
Today I finished off the last couple of tricky seams while Big One made pasta, and then doing the tidying up with handsewing, which thankfully hasn't been as awful as I expected. I constructed a couple of seams differently which left a few unexpected raw edges, so the finish on this isn't as good as I managed on my practice bag, but on the whole I'm happy it will meet my needs, and most importantly I will choose to use it and not be too embarressed to say I made it! 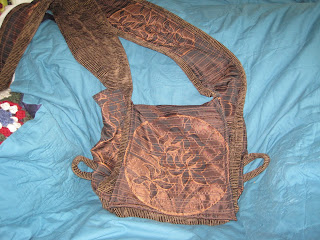 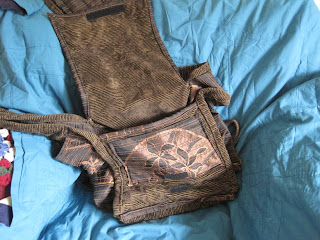 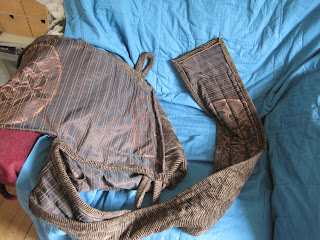 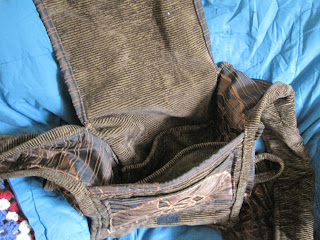 Just as a reminder I do love all things greenwood (though DH is better and much more practiced now at sharpening tools) he found a lovely four sided diamond stone for sharpening with. We use Japanese water stones for  the majority of sharpening, but these don't remain flat with use, and will need flattening to help sharpen well- which the diamond stone is great for, and we've acquired some carboot sale find tools that could do with some rougher sharpening before getting on to our wet stones. Fabulous. 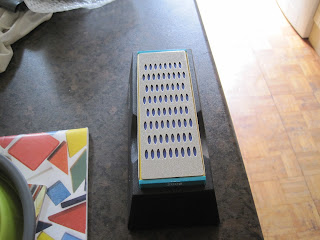 Big One sometimes like to have a 'school day', where I play teacher and she does more workbook based learning. At the weekend we went through a bag of clothes that had been 'put away' and amongst it was a gift of school uniform clothes. Big One likes dressing up, so on her school day she wore school uniform, and really enjoyed sitting down to 'learn'. Some of it was in our school room (our craft room) but I persuaded her we could do school in the dining room so I could sew at the machine while she worked :-). We've both learned its more pleasurable when I'm not breathing down her neck as she works things out for herself! Workbooks don't keep our interest all morning, though I did try to be 'teacher' and keep going a bit longer than we would have otherwise. What I really noticed though, was our breaktimes. The paper based learning was numbers, multiplication, addition, subtraction (interesting) and writing and phonics (much more suffering). Breaktime chats covered the prehistoric aspects of ferns, spore reproduction, dinosaurs, a bit of religion (how Jesus was voted the son of god at a council in the middle ages, atheism, respect for others beliefs etc) , social history of a local historic church and how the church has since shut, and much, much more which I've forgotten. We also had a walk into town (road safety, noise and other pollution), returning an overdue library book and paying the fine (discussions of different types of fines, parking regulations, ill effects of smoking (someone sat next to us on a bench smoking) moving onto limb amputation and how it the surgery might be done, shopping (mental arithmetic, project planning- I'm wanted to make some butteryfly/fairy wings) more shopping, cake selection ( a most important skill!), and then knowing how much money I took out of the bank she was able to tell DH just how expensive popping into town for some sewing needles was. Hmmm.
Big One found it a tiring day, and I found the 'teaching' bit straightforward, but the actual learning happened in all the breaks, chats, shopping and that was the fun, most rewarding and hard part.
Posted by abusymum at 16:33