We had a wonderful time at Lower Shaw Farm.
I could wax lyrical about the journey south, how near home the hard shoulder of the motorway was obstructed by snow drifts, the hedgerows bare twigs and wintery, and how as we headed south there became a hint of green to the hedges, the snow dissapeared and the suprise of seeing blossom on some trees- but Rainbow was really unhappy and screamed for several hours, so we were a bit traumatised instead.

It was lovely to be back, but I must confess to spending a lot of the weekend marvelling at how rubbish I felt last year. I really enjoyed this year. I also must admit to bracing myself for the farm to be more 'normal' and less magically fab on the drive down. Absolutely completely unneccesary. It was as brilliant as always.I have no idea what the magical element is, but I am quite definite this place has it.

My hands were full so no pictures of the drumming workshop (s) and I missed the kids singing and dancing (as in two separate workshops). The girls went though.
The highlights on the Sunday were the Parade, the Easter Egg Hunt and of course, Egg Rolling at Avebury. I wasn't quite quick enough to get a picture of the Easter Bunny bouncing through the farm (you really have to see it), but the EB kindly leaves a bag for each child (even very big children!) for them to find.
Last year the girls, especially Flower, were quite nervous about taking part and much happier watching, but this year both of them were very much into hat making (we had spares, as well and Rainbow , DH and I not needing to make our own!) and enjoyed dressing up a little for the parade. 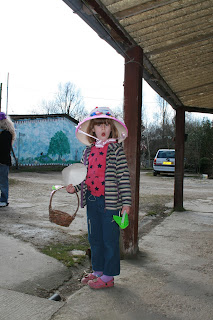 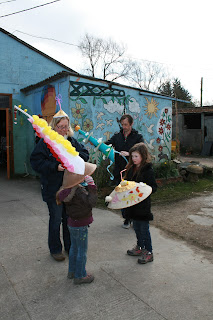 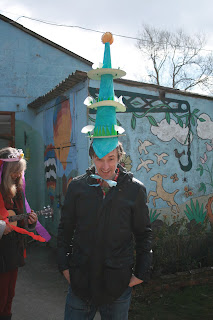 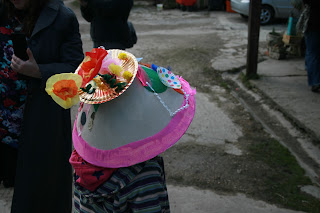 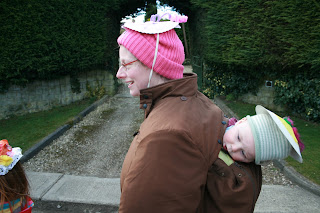 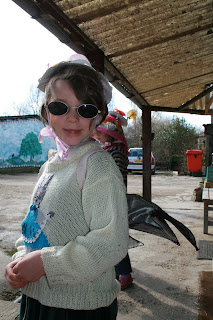 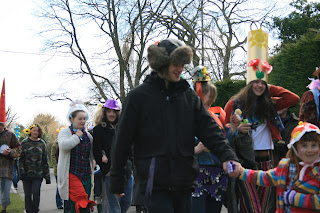 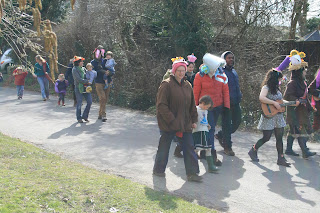 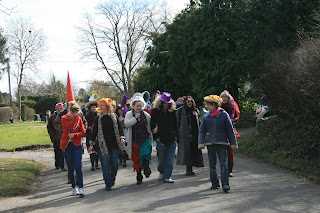 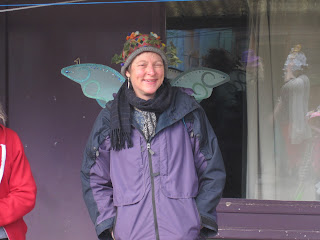 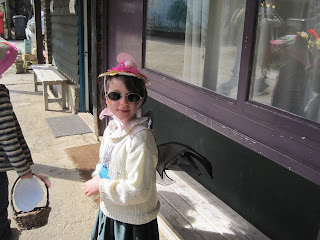 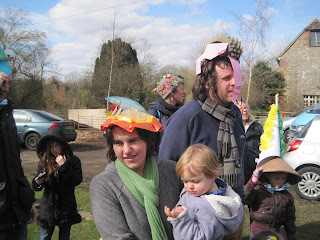 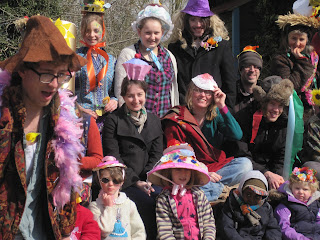 And finally the Egg Rolling. It is surprisingly hard to get good pictures of this! The girls are very protective of the eggs the Easter Bunny leaves for Egg Rolling. Last year we thought it was because it was all a new experience, This year its because they don't want to roll and smash eggs they just got. Next years eggs might have clear instructions and no pictures on I think! Eventually they joined in with 'spare' eggs, and Flower wasn't ready to roll until the Group Egg rolling was done- then she really got into it!
Although it was a lot warmer down South, it was rather chilly at the top of the Egg Rolling hill- waterproofs really helped keep the wind off.

There was marzipan bunnies, needlefelting ,and more drumming on the Monday, as well as the packing up. The chicks and lambs thought Easter was a bit early this year, so the chicks have started to hatch this weekend, and the lambs are due anytime soon. The girls obviously didn't wander around with a camera, so we haven't pictures of the ducks, turkeys, pigs, sheep or hens this time. They were all there though.

we've been a bit quiet since getting back- Rainbow has had his first proper impressive cold, sitting up with him for a few nights did my back in, and now he's kindly shared his germs with me. Today I've needed 2 x 4 hour naps, and its feeling like I've stayed up too late despite them.
Posted by abusymum at 22:31