The van broke down. Quite an interesting day out really. We were heading to York when it happened, on the A1(M). Thankfully we weren't overtaking anything, and could just limp to the hard shoulder without getting hit (it just lost power). The motorway makes you a priority recovery for the AA, without having a baby and two smalls with you. The girls had spells of being anxious and scared, but it was fine in the end. 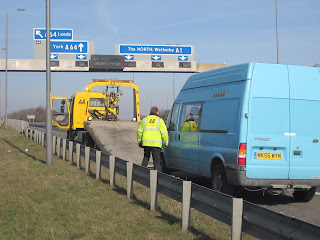 Mo picking up the van. 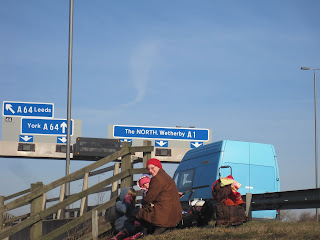 Picnic by the motorway, on the safe side of the crash barrier while we waited to be rescued. 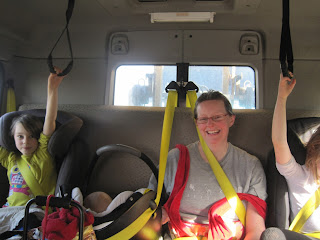 Rescued. The AA van could sit 4 of us across the back comfortably. Wow!
The mechanic looked at the van when we got somewhere safe, but it wasn't fixable so Mo also got the job to take us to the garage of our choice. He needed a mandatory rest break, which was just perfect- Rainbow was just getting restless when he had to stop at Hartshead Moor. The girls needed a run around as well, so it just made more of an 'experience'. 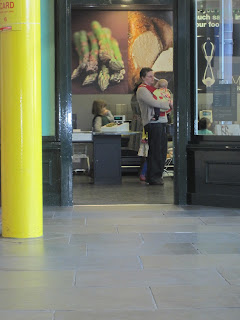 Instead of our planned trip out, we had a consolation trip to Eureka instead. A nice walk home and (as we'd planned our day out properly) tea cooked by the oven on timer by the time we got home. Quite an adventure really!.

What was really lovely (no idea what is normal for these things) but the garage had our gearbox reconditioned, and we picked up the van before tea the next day- I expected it to take another day to have the gearbox done at least, let alone fitted and the van running again. The vans distinctive rattle has gone, and the gear changes are smooooooth with a new clutch too. Ah well, these things happen.

We've had the house roof looked at as well- we now know why the room is damp, and it'll be fixed when there's a long enough dry spell for Lee to mend it. It'll be good to get it fixed, but it'll cost.
We got the gas bill too, but least said about that the better.
These things come in threes, don't they? DH reckons living in a caravan was even cheaper than he thought at the time! 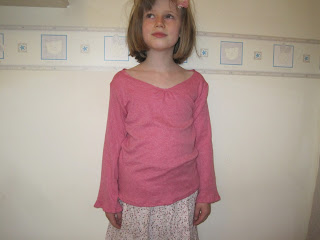 I'm learning to use stretchy fabrics. This is a first attempt. The sleeves are how Princess wanted at least! 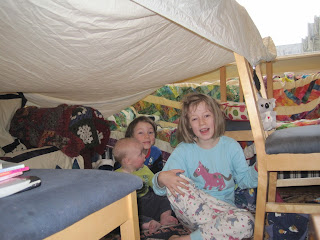 All the children had fun in their den! 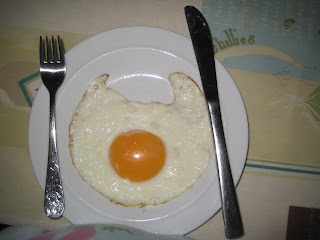 Princess cooked a fried egg and took a picture. 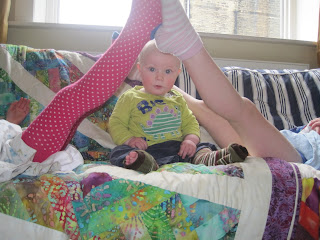 What are these big girls up to?! 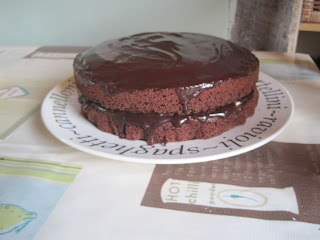 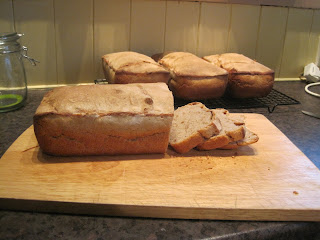 A weeks sourdough bread. FLower helped with a bit of stirring, but bread is a bit boring these days. It takes a few days to rise in the colder weather, so I started it Monday afternoon and it wasn't baked until Wednesday morning. 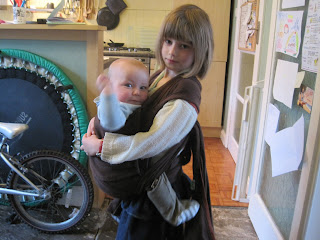 Big sister still likes to sling her brother. He's a bit wriggly and bouncy these days, so not for long. 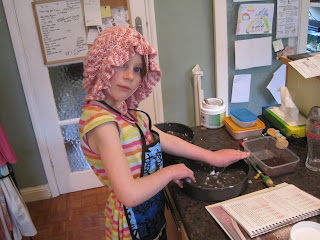 Flower greasing the cake tins for todays sponge cake. She is modelling her new hat- her design, a bit like a Victorian mob cap I believe (only in crochet, bamboo yarn) 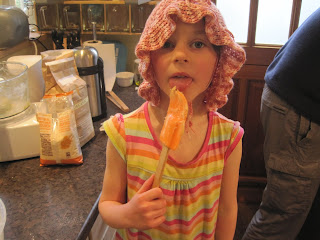 Licking the spatula is an important job. 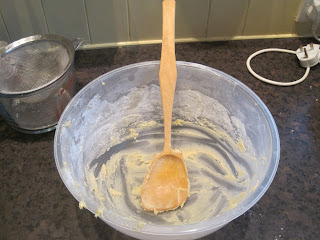 We don't always use our own carved spoons- today I used one we bought from Sharif at Spoonfest last year. Its a lovely spoon, great for scraping lots of mix out of the bowl (after this pic of course!).
Todays cake?- I suppose I'd better get a picture!